Accueil » Our company » Our history

Created in 1914 on the port of La Rochelle (17) by Henri HAUTIER, the company starts its activity with a few horses and the will to build its own adventure.

Henri HAUTIER created the company in 1914. He remained its manager for ….64 years ! His son Pierre and then Thierry took care of the business before Pierre-Marie HAUTIER arrived, our current President, in 2017. For more than a century, the company has remained true to its family and independent origins. 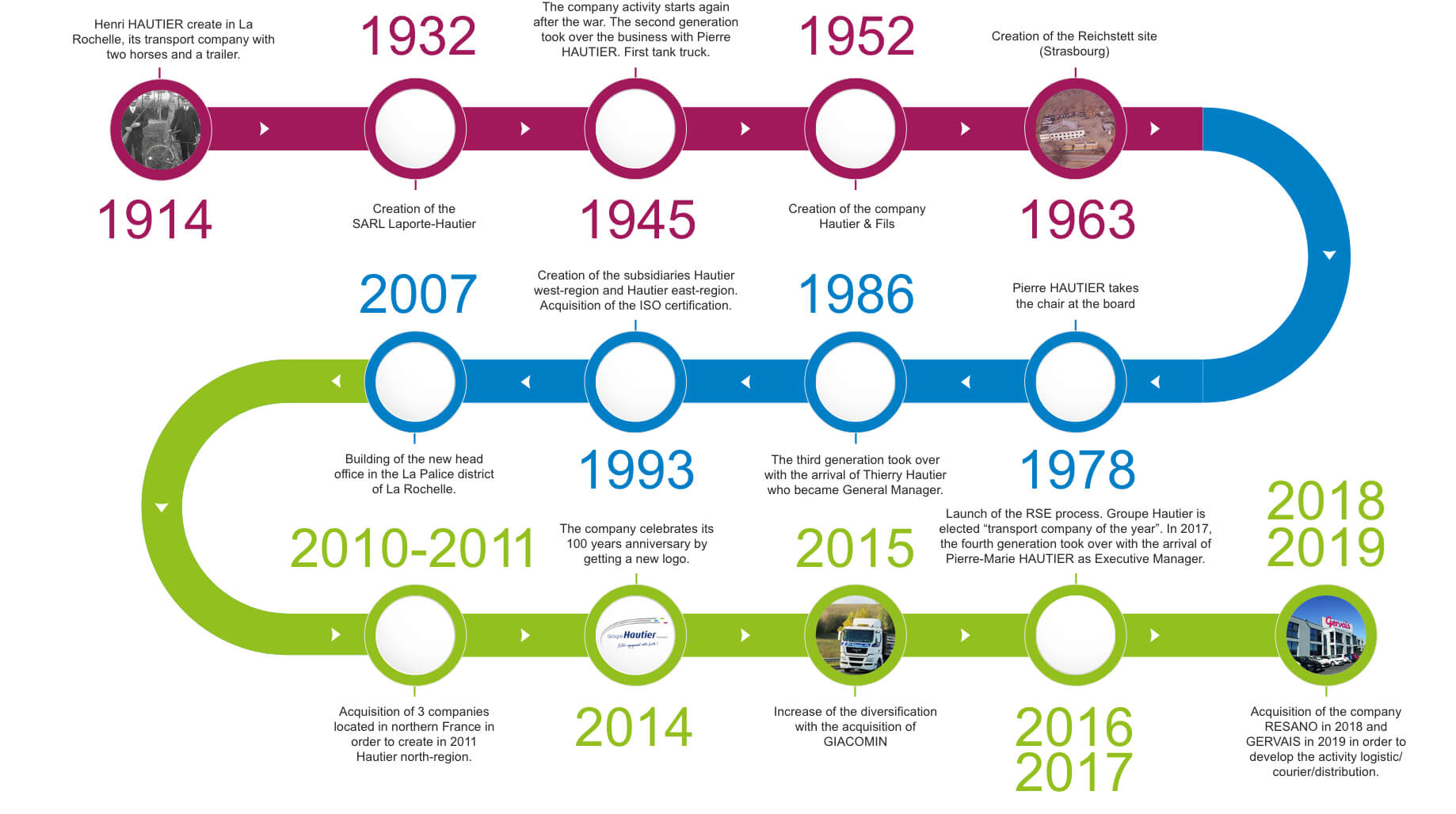